From the Pranksters Mailbag:

The last week of school at Chabot is always spirit week and this year, Monday was Rainbow Day. Some resourceful pranksters drew a rainbow “crosswalk” on a street that borders school that’s highly trafficked with kids and parents walking to school in the morning. It was a prank in that it’s not a real crosswalk (and the fact that people frequently jay-walk there is the bane of our principal’s existence). I snapped a photo  of it and wanted to share to with you…however, I think my quickly shot pic cut off the part where the pranksters called themselves the “Chabot terrible two.” You’ll have to imagine it written there in the bottom left, right where the shot cut off. (I know our principal was not too pleased, though, because on either side of the street there was placed a cone with a handmade sign saying “Not a safe crosswalk! Do not cross!”) 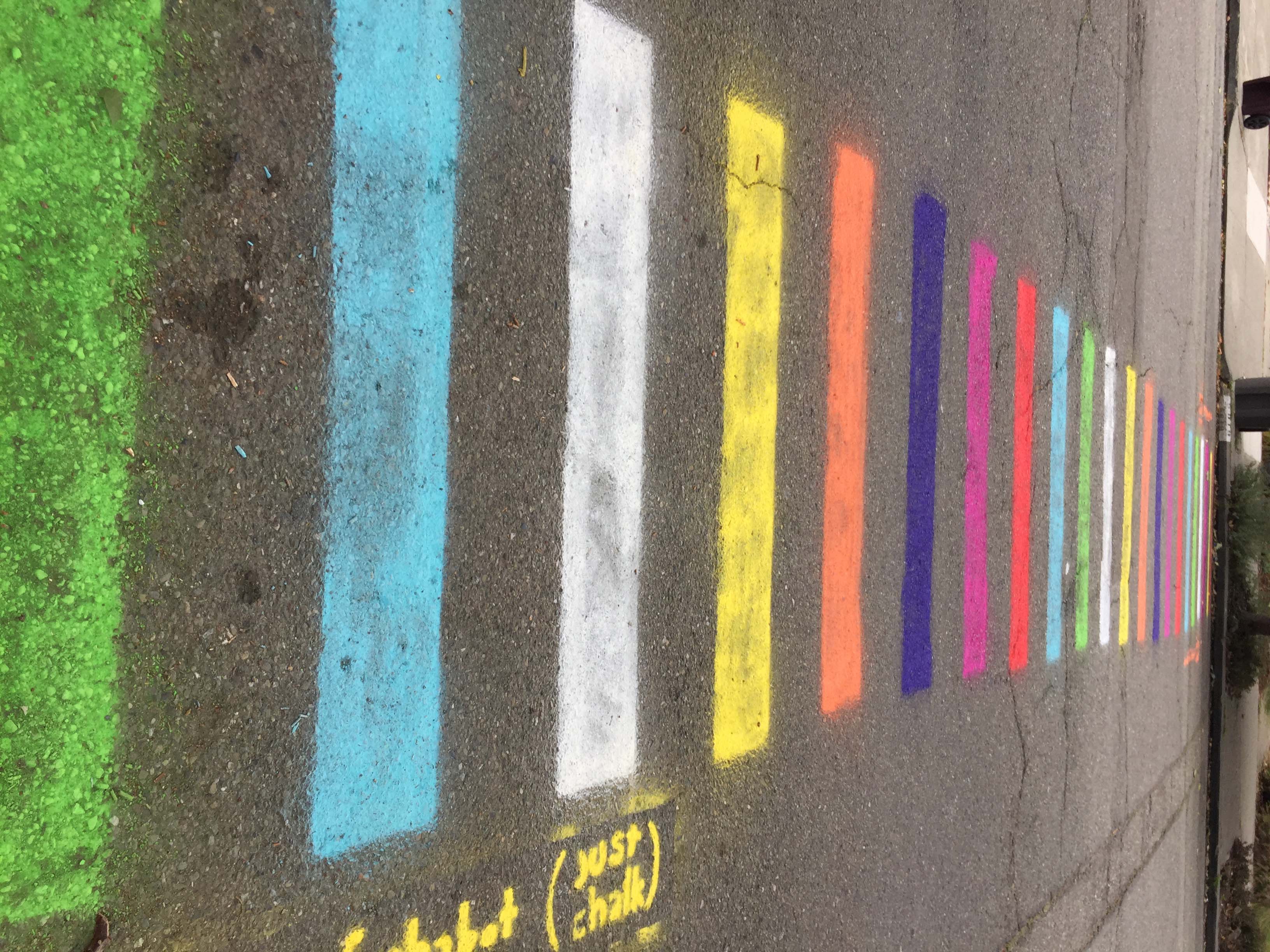