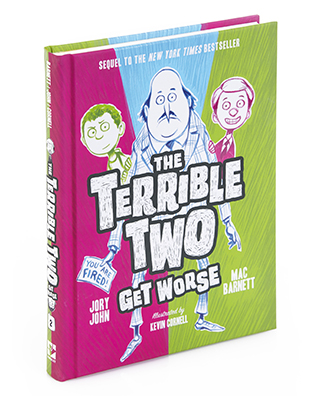 The Terrible Two Get Worse

Miles Murphy and Niles Sparks are great at being terrible. Their pranks bring joy to their classmates and embarrassment to their nemesis: blowhard Principal Barkin. But one day, a scheme goes too far, and Principal Barkin ends up fired. The new principal (who is also named Principal Barkin) runs the school with an iron fist, out to destroy all signs of fun. 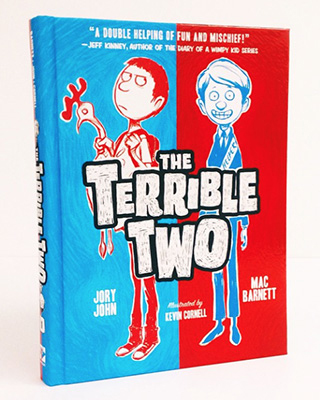 No Matter Where You Go
There We Are

The three terrible minds that made The Terrible Two.